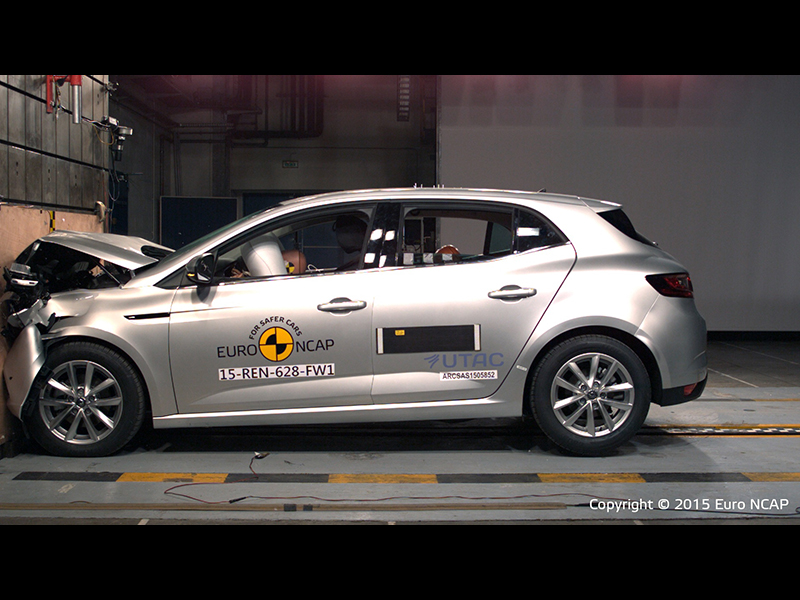 Brussels, 2 December 2015 – Euro NCAP is releasing today the 7th batch of results of the year including 15 cars from a range of categories, and with a mixed bag of results. Of the 15 cars, 11 achieved 5 stars, two got 4 stars, one was awarded 3 stars and another only 2 stars.

Almost all new cars in this release not only offer low and/or high speed autonomous braking (AEB) systems, either as an option or standard, but also have incorporated more advanced restraint technology on the rear seats to cope with the newest full-width frontal crash test. This is reflected in the high proportion of 5 stars cars. Michiel van Ratingen, Euro NCAP Secretary General says: 'In less than 2 years, since Euro NCAP started its campaign to encourage car manufacturers to focus on AEB systems, we have noticed an increasing number of manufacturers responding to our call. Some of the systems are already capable of braking for pedestrians which will be the next test in Euro NCAP's rating scheme in 2016.'

The BMW Z4 is the third and last roadster tested this year and the one that has been out on the market the longest. The sports car received a facelift in 2013, but it has not kept up with the advancements in Euro NCAP's rating scheme. Lacking crash avoidance technologies such as AEB, lane assist and speed assist systems that are so common on other popular BMW models, the Z4 received a 3 star rating.

With only 2 stars, the Lancia Ypsilon disappoints in important areas of the assessment, such as adult occupant protection and safety assist. In terms of safety, the new Ypsilon does little to maintain the legacy of a once famous brand in Europe. Safety critical consumers can certainly find much better choices in this segment nowadays.

Detailed results and crash test pictures of all 15 vehicles are published on our website. Videos are available on our YouTube channel and Media Center for journalists. For media information, please contact us at media@euroncap.com. Coming soon: more results will be released on 16 December 2015. Do you know 'How to read the stars'?

May safety be with you...