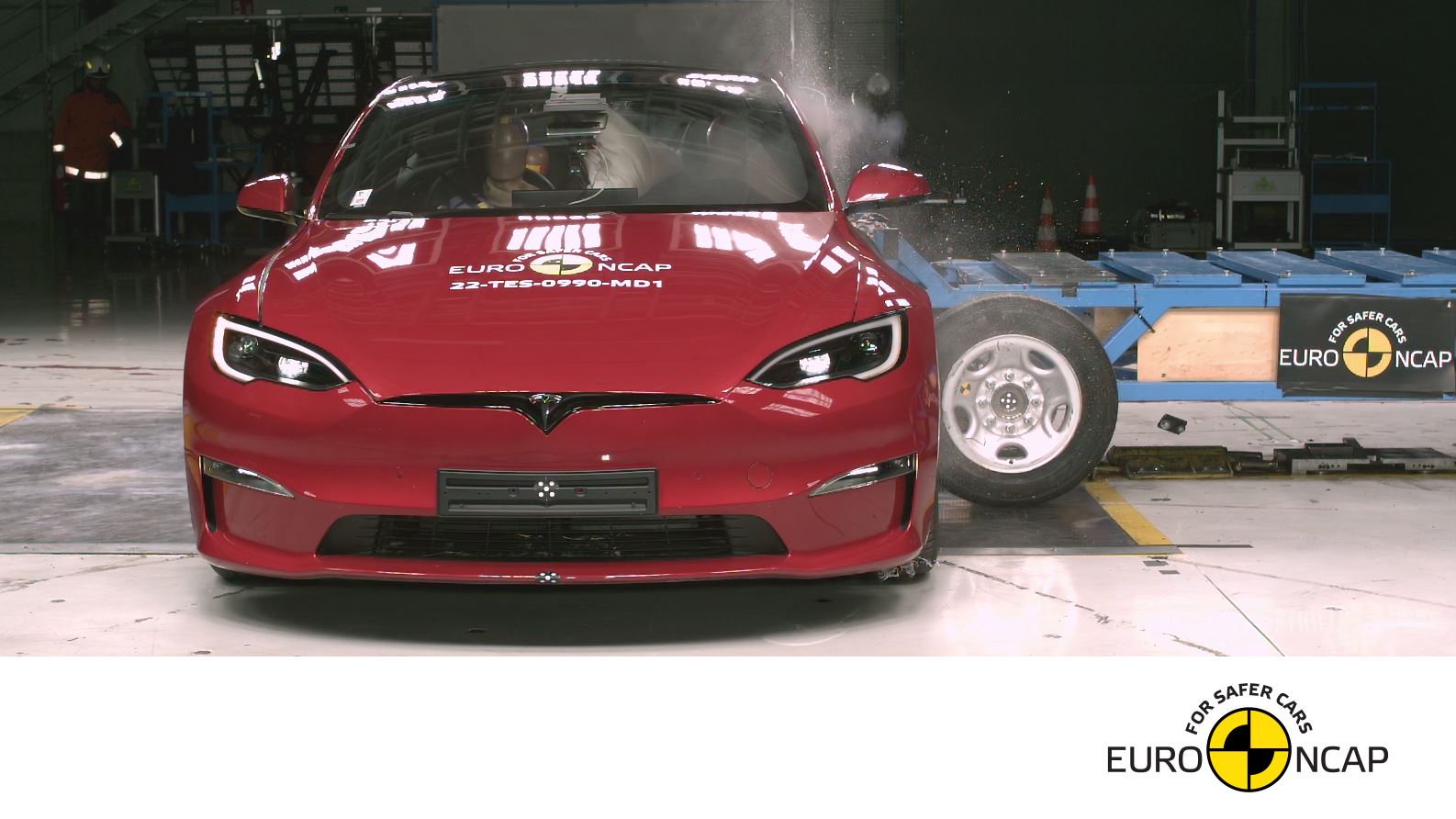 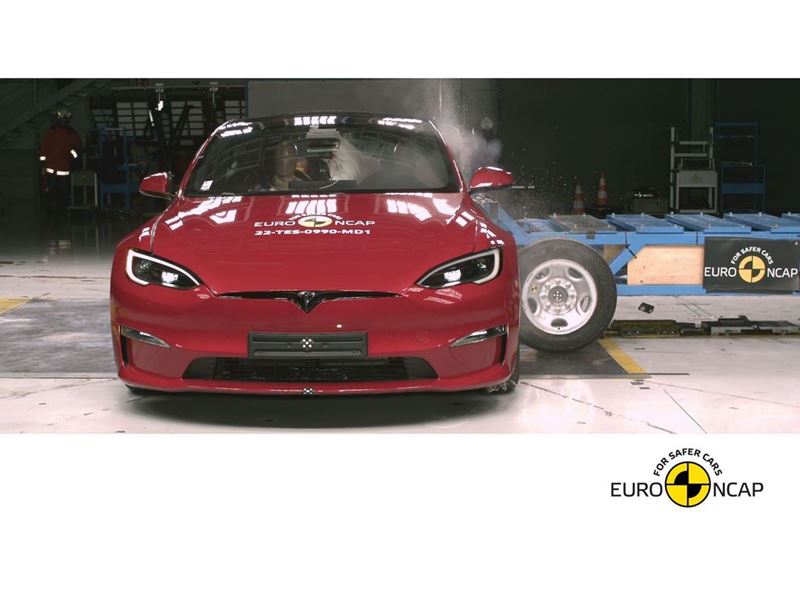 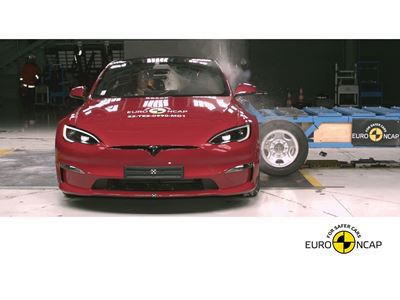 The cars tested this November include the two full electric, Tesla Model S and the new-to-market NIO ET7, that also achieved top marks in the Green NCAP rating last week.  The top scores achieved in Euro NCAP tests, with the notable maximum ratings in Safety Assist can only enhance the profile and reputation of both these cars.  Also released are the five-star results for the long-awaited electric Toyota bZ4X and its official twin Subaru Solterra.  The DS 9, a large family car achieved four stars, due in part to a penalty in the frontal offset test for being an aggressive impact partner towards other vehicles.  The other cars achieving 5-star results were another family car, the Hyundai IONIQ 6, scoring a commendable 97% in Adult Protection; the smaller Honda Civic; the small off-roaders the Toyota Corolla Cross as well as the Nissan Ariya and its bigger brother the Nissan X Trail (2021 rating derived from its partner Nissan Qashqai last year).  The large MPV Renault Austral, the Land Rover Range Rover and its sportier sister the Range Rover Sport also scored five-star ratings.  Other than the NIO ET7, two further Chinese cars achieved maximum scores in this month’s test – the new small-off roader smart #1, now jointly owned by the automotive company Geely, and another small-off-roader the appealingly-named WEY Coffee 02.

‘Manufacturers are keen to achieve good scores in this year’s tests as next year protocols become more stringent and provide increased challenges for vehicle development.  In 2023, in line with its Vision 2030, Euro NCAP will be focusing on a range of new aspects.  For example, we are putting in place autonomous emergency braking (AEB) protocols for motorcycles as well as new scenarios in passive safety for pedestrians and cyclists, extending the area where these two vulnerable users might interact with a vehicle.  This is necessary progress in safety for other road users, and we are collaborating closely with industry to ensure we meet Vision Zero objectives and that the demands of the protocols are met.' says Michiel van Ratingen, Euro NCAP’s Secretary General.

To encourage safety developments and upgrades of their vehicles to better protect consumers, Euro NCAP allows vehicles manufacturers to have the same car re-tested or re-assessed to a new rating following meaningful safety improvements.  This has been the case of a few vehicles in 2022 that include the Volkswagen Golf, first tested in 2019, the result of which was published last month, and the Isuzu D-Max Crew Cab, published in this month’s release.  Originally given a five-star rating in 2020, new tests have been done to assess the re-designed driver knee airbag.  Dummy readings indicate only marginal improvement, although the impact on the test score is greater, and Isuzu were unable to demonstrate any significant improvement for left-hand drive vehicles.  While the D-MAX’s five-star rating is retained, even with the poorer performance of the left-hand drive car, Isuzu’s approach contrasts with that of Volkswagen, for example, who made significant improvements to the Golf to achieve a five-star rating against the current protocols.

‘Euro NCAP is keen to work closely with manufacturers to ensure we provide a framework for makers to improve the safety performance of their cars.  However, it is important that these same manufacturers do not use the six-year validity of the rating simply as a strategic commercial opportunity to satisfy consumers.  Manufacturers must show us that they are committed to making a real difference to safety.’ says Michiel van Ratingen, Euro NCAP’s Secretary General.