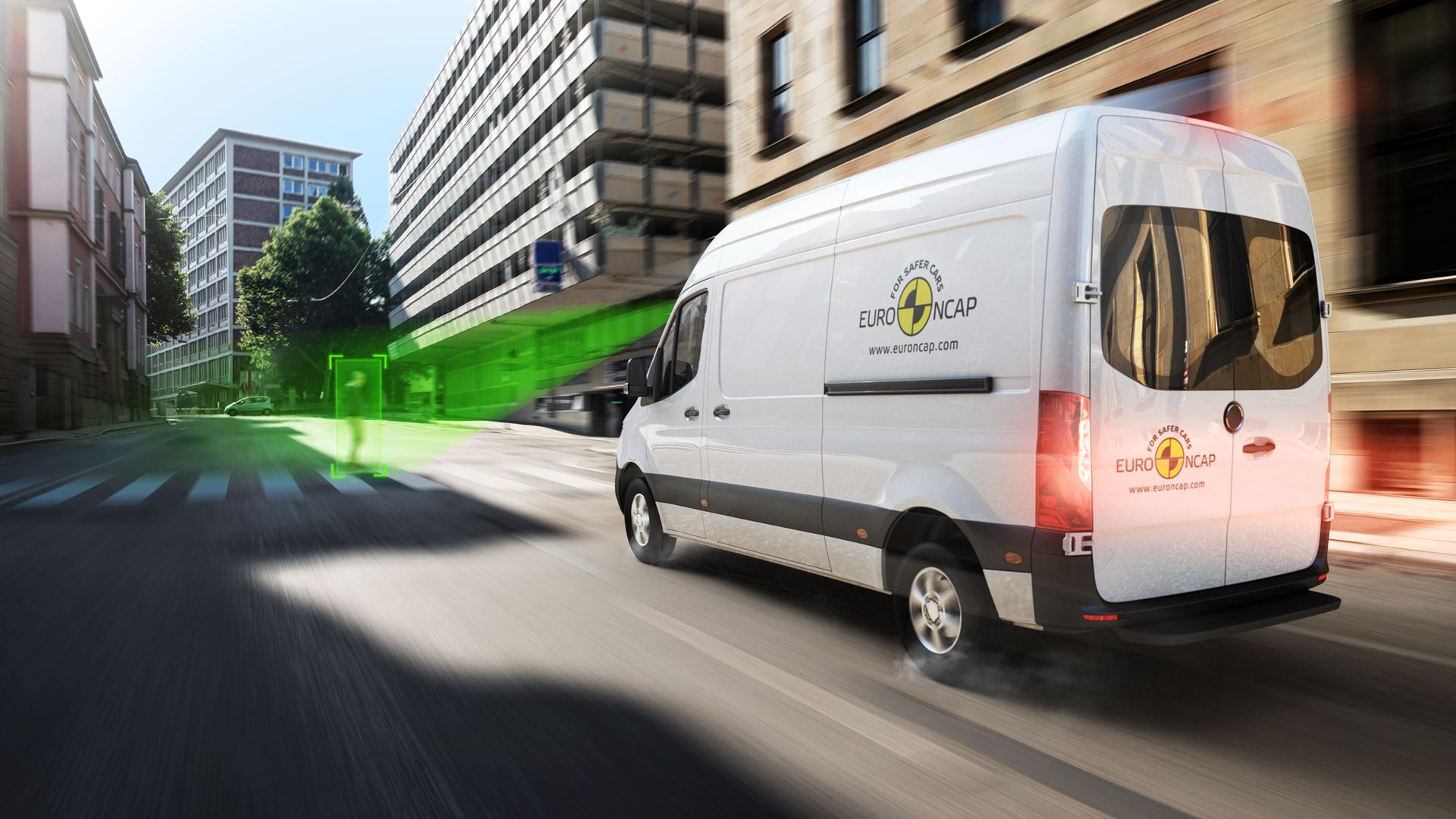 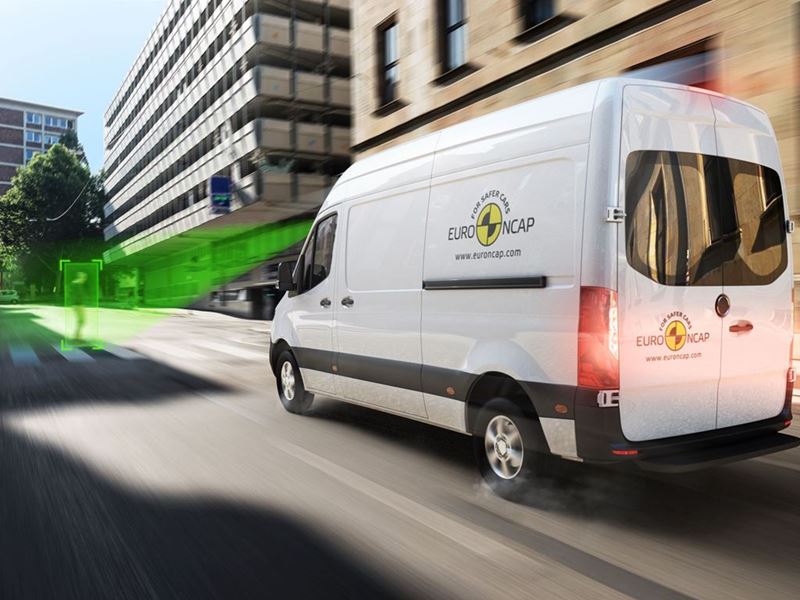 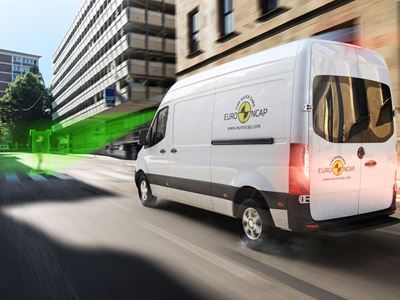 The new ratings encourage wider fitment of ADAS on commercial vans, show differences between brands in the systems’ performance and will help fleet operator and business owners to make safer choices. For the benefit of commercial van drivers and all road users, Euro NCAP calls for:

The use of commercial vans has never been greater or more obvious. The worldwide pandemic and the burgeoning stay-at-home economy have resulted in a significant increase in the need for delivery vehicles. The flexibility that is offered by commercial vans makes them a preferred choice for many businesses. But, as Euro NCAP’s Secretary General, Michiel van Ratingen, points out, “Commercial vans are big and heavy compared to passenger cars so, if they crash, they can do a lot of damage and cause serious injuries to others. Nowadays, active safety systems exist which can greatly reduce the likelihood of a collision with other cars, or with pedestrians or cyclists. These technologies are already commonplace on passenger cars but much less widespread on vans. Given the millions of vans on Europe’s roads, increasing the active safety systems fitted to commercial vehicles is key to improving safety for all road users.”

The type of commercial vehicles tested by Euro NCAP are designed to transport goods or equipment and weigh no more than 3.5 metric tons (N1 category). They are known also known as Light Commercial Vehicles (LCVs) and a rating system has been developed to provide a simple way to compare the performance of the safety systems available on them. The driver-assistance systems tested were autonomous emergency braking (AEB), with separate tests for the system’s response to other vehicles, pedestrians and cyclists; lane support, which helps to prevent the vehicle drifting out of lane; speed assistance, which helps the driver maintain a safe speed, appropriate for the road the vehicle is on; and occupant state monitoring, which can detect whether or not the van’s occupants are wearing their seatbelts and are in a fit state to drive. An overall score was given to the tested  vehicles, from which their ranking was established.

In this round of tests, top achievers, the Ford Transit, Mercedes-Benz Vito and VW Transporter, are awarded Gold. The Ford Transit Custom, Mercedes-Benz Sprinter, Opel/Vauxhall Vivaro, Peugeot Expert and the VW Crafter are awarded Silver. Six more vans are given the Bronze award: the Citroën Jumper and the Jumpy, FIAT Ducato, Iveco Daily, Peugeot Boxer and the Toyota PROACE. At the bottom of the list are the FIAT Talento, Opel/Vauxhall Movano, Nissan NV400, the Renault Master and Renault Trafic. The latter vans are not recommended for their general lack of safety systems.

Regarding fitment of safety technologies, there are regional differences: systems that are standard in one country may be optional in others. And vehicles which are identical except for the badge on the front, also differ in the safety they offer: AEB is an option on the Renault Master but is not available on the Nissan NV-400, which comes off the same production line.

Michiel van Ratingen says, “The first thing that struck us was how poorly vehicles in this segment are generally equipped with safety systems. Technology that is now standard on passenger cars is, almost without exception, an option on vans. Not only that but there is a huge lack of clarity about what is available in individual countries, and what functionalities the systems offer. Manufacturers really don’t make it easy for people to buy these options and we struggled hard to get hold of vans equipped with the systems we wanted to test. So, the results you see represent the absolute best that the vans will perform on the road. In all probability, there are very few vans actually on the road which are as well-equipped as the ones we tested, and that is part of our message today: manufacturers have to start taking the safety of this segment more seriously and fleet buyers should insist on choosing safety options to provide better protection for their drivers and for all road users. We want good-performing safety technology fitted as standard in this segment of the market. Gold award winners Ford, Mercedes-Benz and VW are showing the way.”

For a full set of results download our overview of 2021 results.