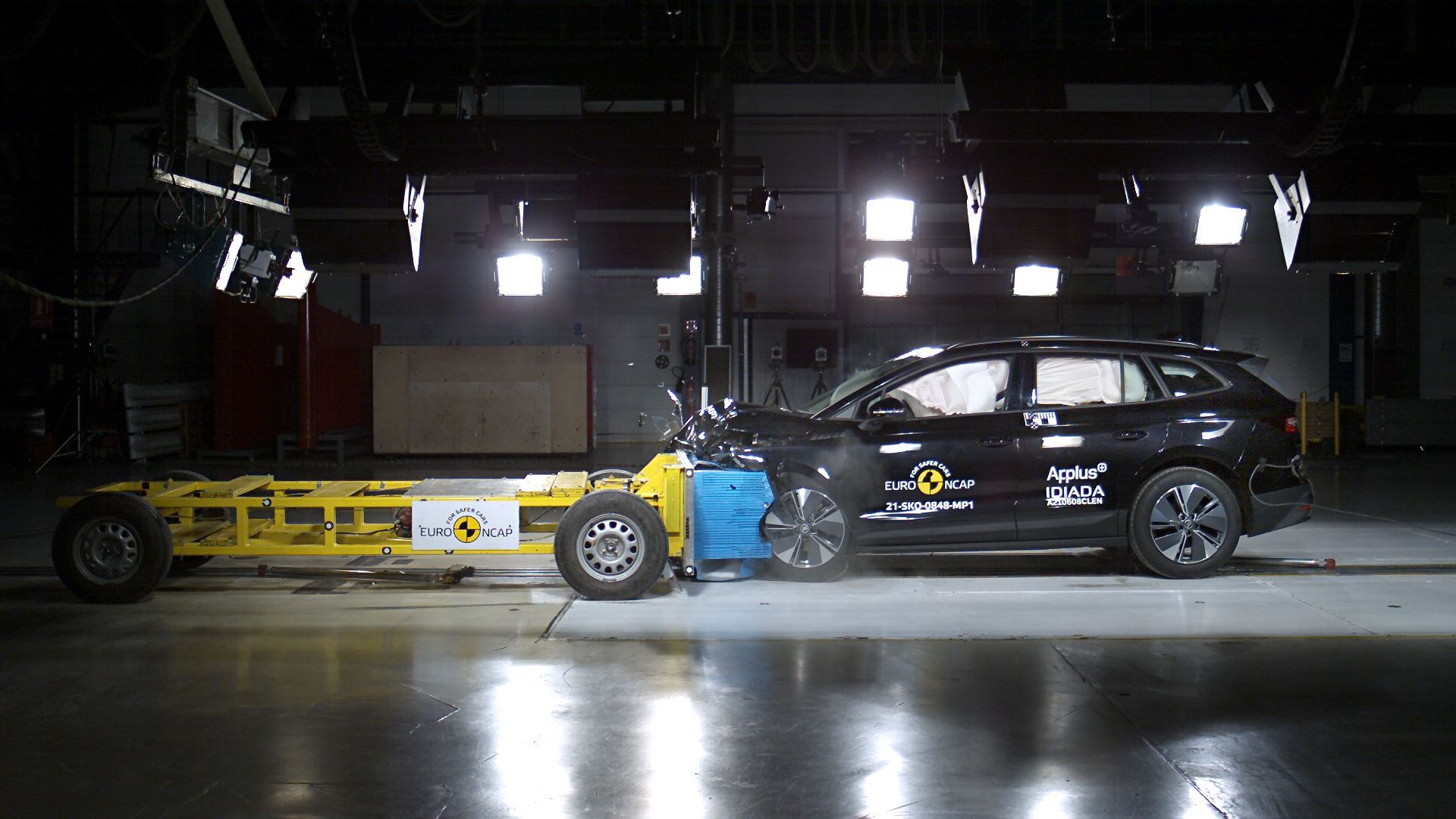 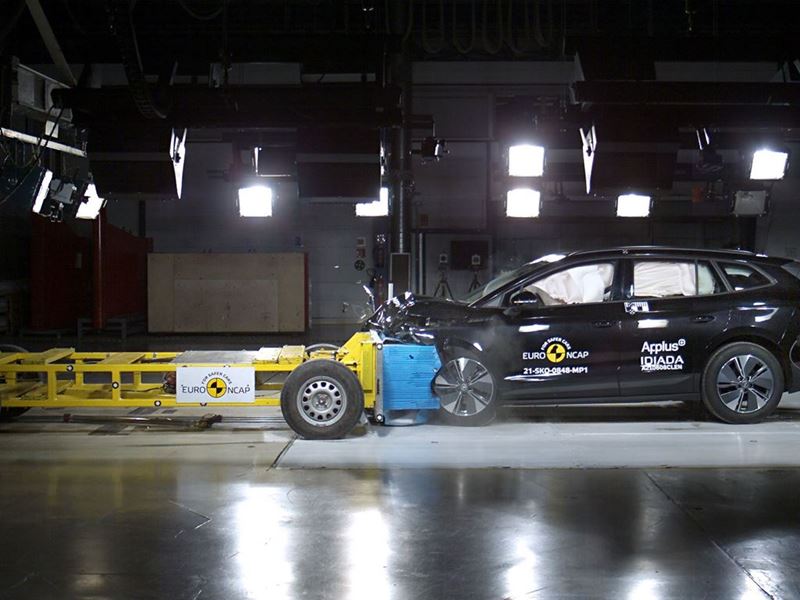 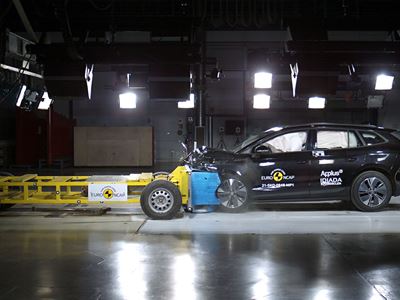 14 April 2021 - Today, Euro NCAP releases the safety ratings of three new cars and one new variant. The Škoda ENYAQ iV and Volkswagen ID.4 are each awarded a top five-star rating. The Dacia Sandero Stepway is given a two-star rating and this applies also to the saloon version of the vehicle, the Logan. The plug-in hybrid derivative of the Cupra Formentor rated last month, is also added to the list of variants covered by that car’s five-star rating.

The ENYAQ iV is Škoda’s first ground-up all-electric vehicle and uses the same MEB platform - VW Group’s modular platform for battery electric vehicles - that is used for the new Volkswagen ID.4 and the ID.3 tested by Euro NCAP last year. Both ENYAQ iV and ID.4 turn in impressive performances and are separated by no more than a few points in the different areas of assessment. With robust structures to protect occupants and the high-voltage battery and frontal, curtain and centre airbags as standard, both cars achieve a score of over 90 percent for adult occupant protection. Compared to the smaller ID.3, the ID.4 and ENYAQ iV hold more appeal for family buyers wanting more space, and potential owners will be reassured with high marks in child occupant protection, as well as for the protection of vulnerable road users and for safety assistance. VW also fit Local Hazard Warning as standard equipment on the ID.4 but the system is not yet available on the ENYAQ iV.

By contrast, the Dacia Sandero Stepway and Logan remain true to the budget brand’s ‘no-frills’ ethos and have a pared-down safety specification. The basic, radar-only autonomous emergency braking system reacts only to other vehicles – soon a legal requirement – but it is not designed to prevent crashes with pedestrians or cyclists and there is no lane support. However, crash protection is respectable, with performance that would make the car a four-star performer if it were not for its shortcomings elsewhere.

“Safety has moved on”, says Michiel van Ratingen, Secretary General of Euro NCAP, “and the biggest strides forward are now being made by using high-tech to prevent accidents from happening. Clearly, Dacia have found their market and they’re sticking to it, but a two-star rating shows little ambition, even for a low-cost product. Their decision not to offer a camera clearly is out of step with the market and disappointing as Dacia are aware that their cars will soon have to comply with the new General Safety Regulation. Škoda and VW, on the other hand, show what can be achieved and Euro NCAP applaud them for offering their customers the highest level of safety.”

Additional tests have been done on the Cupra Formentor e-HYBRID and show that it performs at the same five-star level as its combustion-engined stablemates, earlier this year.