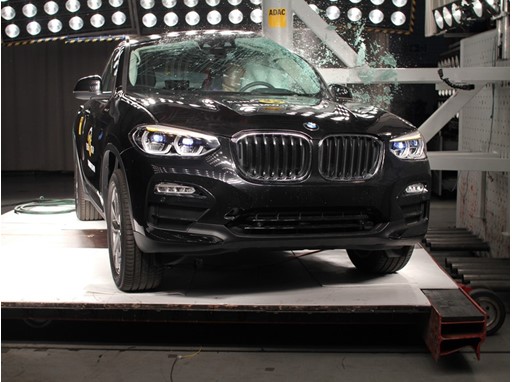 Video of the 2017 BMW X3-X4 tests accompanied by still images and datasheet.

Update 2018: The BMW X4 shares a platform with the BMW X3, tested in 2017, and many tests from that assessment are valid for the X4. However, the side structure is different so additional side impact tests have been done to verify that the performance of the X4 is at least as good as the X3. Those tests showed performance that was at least as good as the X3 so the 2017 star rating of the BMW X3 can be considered valid also for the X4.

Update 2021: The BMW iX3 is a variant of the X3. Some additional tests and checks have been done to ensure that the rating of the X3, tested in 2017, applies to the electric variant.